Young children using mobile phones absorb up to 50 per cent more radiation through their skulls than adults, according to new research.

University of Utah scientists have discovered that when a five year old uses a mobile, radiation is absorbed across the brain. For adults and children older than 10, radiation is absorbed only in the areas of the head against which the phone is held. some experts believe youngsters should not use mobile phones until their early teens, when their skulls are fully formed. 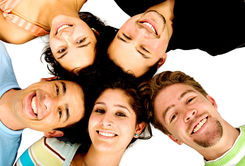